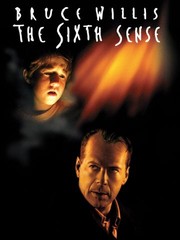 Throughout the movie, Haley Joel Osment was hunted by visions of “dead people” that only he could see. He was tormented.

In the end of the movie, nothing really changed.  That kid still saw dead people.  The only difference was that he reacted to them or interacted with them differently. In some cases, he quietly helped the dead people.  In other cases, he just acknowledged that they were there, and that was enough for everyone to have some peace.

For a person who is struggling with OCD, it’s pretty similar. You see envision things that feel very real and menacing. Others can’t see what you see, although they feel for you if you tell them. (Sometimes, they’re quietly horrified if you tell them what you’re thinking or feeling!) Still, you cannot do anything to placate or push away the visions you have.  Trying to make them go away irritates them and makes them stronger.

Of course, this approach to OCD recovery is really challenging, but it yields lasting dividends. This laissez approach rewires your brain in a positive way.  When you don’t react to your frightening OCD thoughts, your brain receives no validation for sending you those thoughts–your brain learns that this information is ignored. So with enough repetition, your brain will send fewer erroneous warnings about danger (which is just OCD at work).

Can you be at relative ease with the thoughts and visions that you have?

“I have had the pleasure of knowing Liz for over ten years. She is truly a gifted individual in the way that she is able to connect, relate and inform. Her desire to help, coupled with empathy, validates her ability to effectively educate and coach those around her. Liz is a pioneer in her field and an asset to all those who get to work with her.”